34
Hosted by: The Broke and the Bookish

So I'm kind of cheating with this Top Ten Tuesday as I'm so bad at keeping up with new released books, so I've decided to share my top ten books I plan to read in 2015 instead. Tell me what books you can't wait to read in 2015! :-) 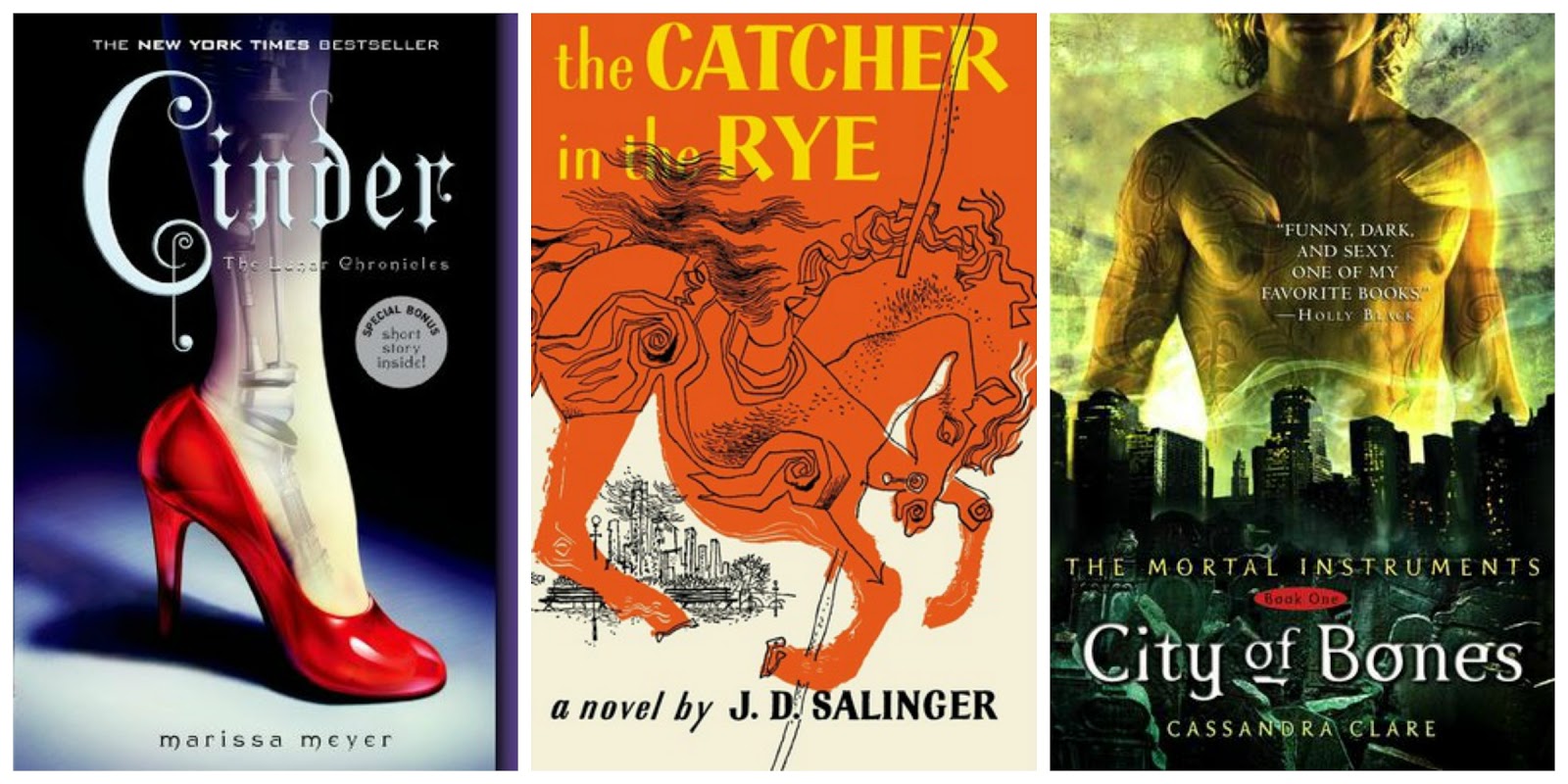 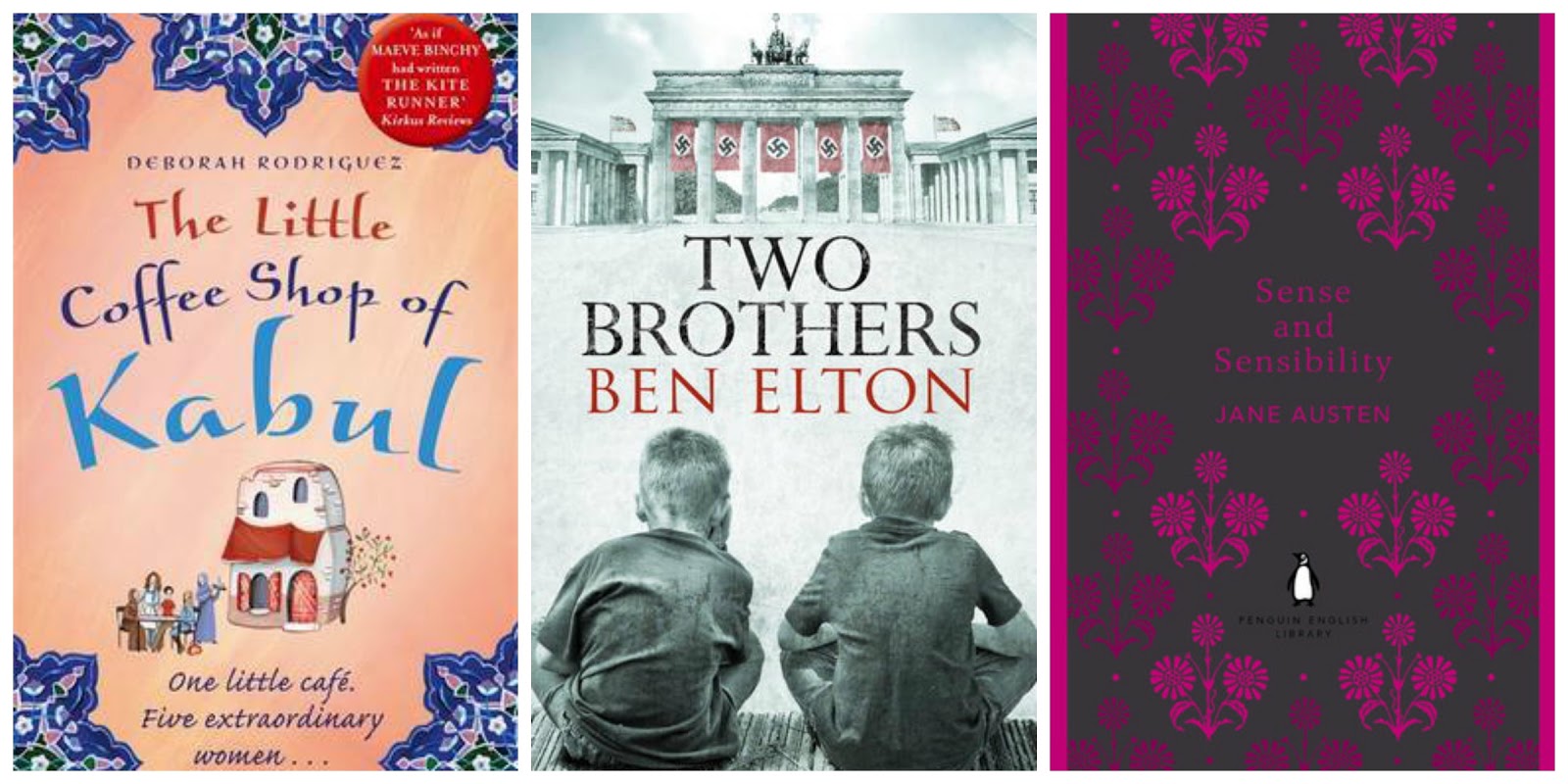 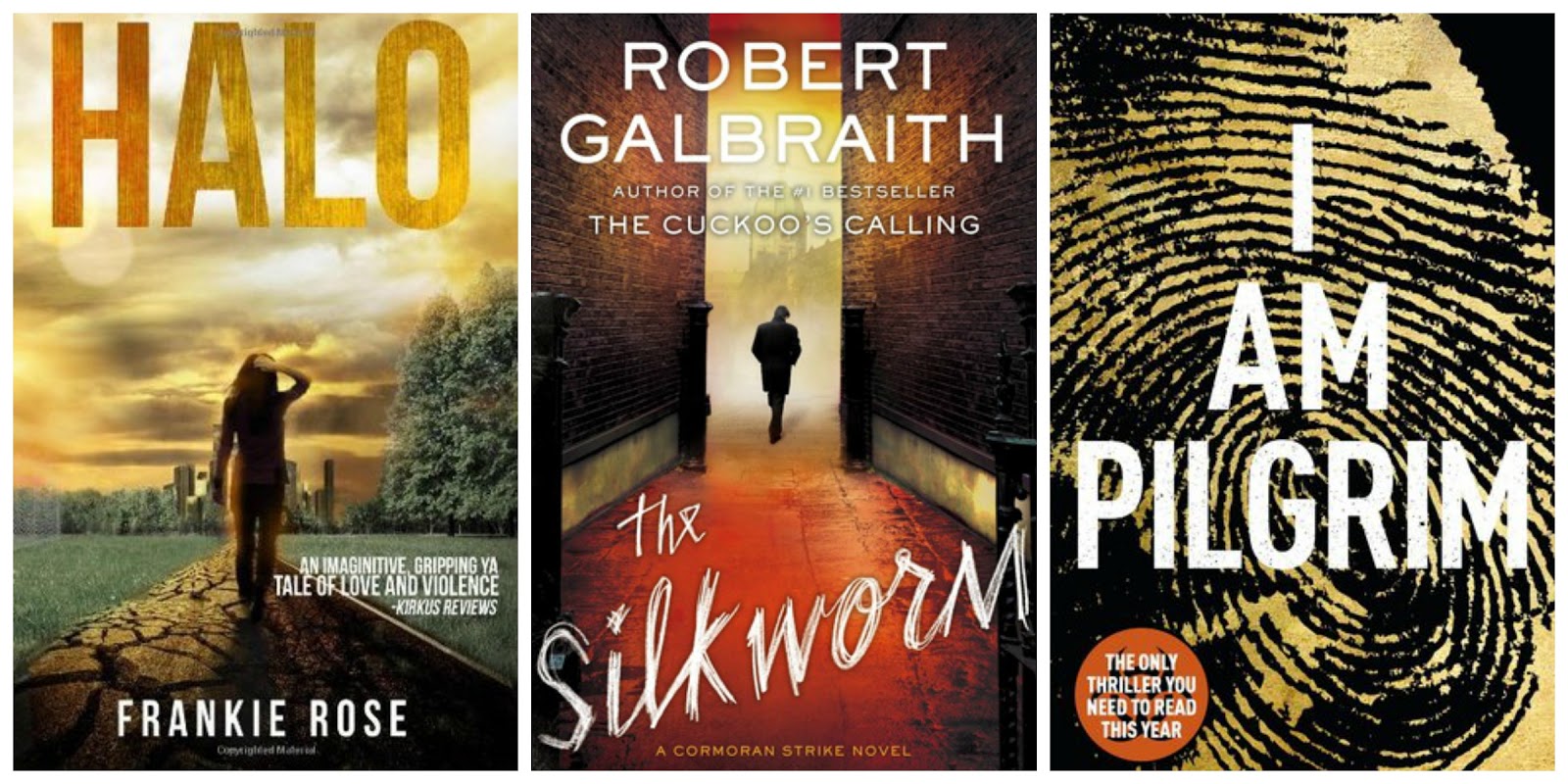 1) Cinder by Marissa Meyer- Cinder, a gifted mechanic is a cyborg living in the crowded raucous streets of New Beijing. A plague ravages the population, and from space a ruthless lunar people watch, waiting to make their move. No one knows the Earth's fate rests on Cinder's shoulders. She's a second-class citizen with a mysterious past, reviled by her stepmother and blamed for her stepsister's illness. But when her life becomes intertwined with the handsome Prince Kai's, she suddenly finds herself at the center of an intergalactic struggle, and a forbidden attraction. Caught between duty and freedom, loyalty and betrayal, she must uncover secrets about her past in order to protect her world's future. (Source: Goodreads)

2) The Catcher in the Rye by J.D Salinger- Holden narrates the story of a couple of days in his sixteen-year old life, just after he's been expelled from prep school, in a slang that sounds edgy even today and keeps this novel on banned book lists. It begins, "If you really want to heart about it, the first thing you'll probably want to know is where I was born and what my lousy childhood was like, and how my parents were occupied and all before they had me, and all that David Copperfield king of crap, but I don't feel like going into it, if you want to know the truth. In the first place, that stuff bores me, and in the second place, my parents would have about two hemorrhages apiece if I told anything pretty personal about them." (Source: Goodreads)

3) City of Bones by Cassandra Clare- When fifteen-year old Clary Fray heads out in the Pandemonium Club in NYC, she hardly expects to witness a murder- much less a murder committed by thee teenagers covered with strange tattoos and brandishing bizarre weapons. Then the body disappears into thin air. It's hard to call the police when the murderers are invisible to everyone else and when there is nothing- not even a smear of blood to show that a boy had died. Or was he a boy? (Source: Goodreads)

4) The Little Coffee Shop of Kabul by Deborah Rodriguez- After hard luck and some bad choices, Sunny has finally found a place to call home- it just happens to be in the middle of a war zone.
The thirty-eight year-old American's pride and joy is the Kabul Coffee House, where she brings hospitality to the expatriates, misfits, missionaries, and mercenaries who stroll through its doors. She's especially grateful that busy days allow her to forget Tommy, the love of her life, who left her in pursuit of money and adventure.
Working alongside Sunny is the maternal Halajan, who vividly recalls the days before the Taliban and now must hide a modern romance from her ultratraditional son- who unbeknownst to her, is facing his own religious doubts.
Into the cage come Isabel, a British journalist on the trail of a risky story; Jack who left his family back home in Michigan to earn "danger pay" as a consultant; and Candace, a wealthy and well- connected American whose desire to help threatens to cloud her judgement.
When Yazmina a young Afghan from a remote village, is kidnapped and left on a city street pregnant and alone, Sunny welcomes her into the cafe and gives her a home- but Yazmina hides a secret that could put all their lives in jeopardy.
As this group of men and women discover that there's more to one another than meets the ye, they'll form an unlikely friendship that will change not only their lives but the lives of an entire country. (Source: Goodreads)

5) Two Brothers by Ben Elton- A heartwarming story of two boys growing up under the darkening shadow of the Nazis. Born in Berlin in 1920 and raised by the same parents, one boy is Jewish, his adopted brother is Aryan. At first, their origins are irrelevant. But as the political landscape changes they are forced to make decisions with horrifying consequences. (Source: Goodreads)

6) Sense and Sensibility by Jane Austen- Marianne Dashwood wears her heart on her sleeve, and when she falls in love with the dashing but unsuitable John Willoughby she ignores her sister Elinor's warning that her impulsive behaviour leaves her open to gossip and innuendo. Meanwhile Elinor, always sensitive to social convention, is struggling to conceal her own romantic disappointment, even from those closest to her. Through their parallel experience of love- and its threatened loss- the sisters learn that sense must mix sensibility if they are to find personal happiness in a society where status and money govern the rule of love. (Source: Goodreads)

7) Halo by Frankie Rose- She has no name. She has her knives. Her training. Her halo. The first and second give her the ability to defeat the opponents she is pitted against each month. The third frees her from pain and fear. From any kind of emotion at all. Everything is as it should be. Everything is as it should be until...fear, pain, anger, happiness, desire, guilt, love.

When a newly named Kit escapes the Sanctuary after killing her best friend, the last thing she needs is another knife in her hand. Or Ryka, the damaged, beautiful blonde boy, whom she refuses to let save her. The sights and sounds of Freetown are new, yet one thing is familiar; the matches. The only difference? Where the blood in the Sanctuary landed only on the Colosseum floor, Kit will quickly learn that a river of red runs through Freetown's very streets.

Without her halo, the inhabitants of her new home consider her saved, but is that the case? The reality of her old life is paralyzing. Would she be better off free of the guilt associated with all the blood on her hands, or is the love of one boy worth living through all the pain? (Source: Goodreads)

8) The Silkworm by Robert Galbraith- When novelist Owen Quine goes missing, his wife calls in private detective Cormoran Strike. At first, Mrs. Quine just thinks her husband has gone off by himself for a few days- as he has done before and she wants strike to find him and bring him home.

But as Strike investigates, it becomes clear that there is Quine's disappearance than his wife realises. The novelist has just completed a manuscript featuring poisonous pen-portraits of almost everyone he knows. If the novel were to be published, it would ruin lives- meaning that there are a lot of people who might want him silenced.

When Quine is found brutally murdered under bizarre circumstances, it becomes a race against time to understand the motivation of a ruthless killer, a killer unlike any Strike has encountered before. (Source: Goodreads)

9) I Am Pilgrim by Terry Hayes- Can you commit the perfect crime? Pilgrim is the codename for a man who doesn't exist. The adopted son of a wealthy American family, he once headed up a secret espionage unit for US intelligence. Before he disappeared into anonymous retirement, he wrote the definitive book on forensic criminal investigation.

That book will come back to haunt him, it will help NYPD detective Ben Bradley track him down. And it will take him to a rundown New York hotel room where the body of a woman is found facedown in a bath of acid, her features erased, her teeth missing, her fingerprints gone. It is a textbook murder- and Pilgrim wrote the book.

What begins as an unusual and challenging investigation will become a terrifying race-against-time to save America from oblivion. Pilgrim will have to make a journey from a public beheading in Mecca to a deserted ruins on the Turkish cost via a Nazi death camp in Alsace and the barren wilderness of the Hindu Kush in search of the faceless man who would commit an appalling act of mass murder in the name of his God. (Source: Goodreads)

10) The Casual Vacancy by J.K Rowling- When Barry Fairbrother dies in his early forties, the town of Pagford is left in shock.

Pagford is seemingly, an English idyll with a cobbled market square and an ancient abbey, but what lies behind the pretty facade is a town at war.

And the empty seat left by Barry on the parish council soon becomes the catalyst for the biggest war the town has yet seen. Who will triumph in an election fraught with passion, duplicity and unexpected revelations? (Source: Goodreads)