The Finding of Martha Lost by Caroline Wallace 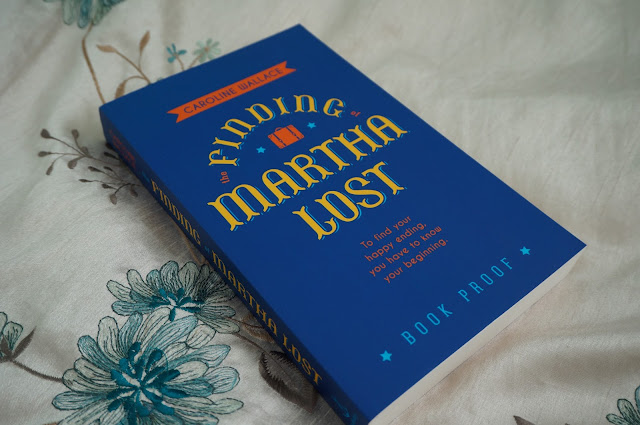 Thank you so much to the publisher and Sophie for sending me this marvellous book!

She's been lost since she was a baby, abandoned in a suitcase on the train from Paris. Ever since, she's waited in station lost property for someone to claim her. It's been sixteen years, but she's still hopeful.

In the meantime, there are mysteries to solve: secret tunnels under the station, a suitcase that may have belonged to the Beatles, the Roman solider who appears at the same time every day with his packed lunch. Not to mention the stuffed monkey that someone keeps misplacing.

But there is one mystery Martha cannot solve. And now the authorities have found out about the girl in lost property. Time is running out- if Martha can't discover who she really is, she will lose everything...

We meet Martha a sixteen year old and supposedly Audrey Hepburn lookalike, who works at the lost property office at Lime Street station in Liverpool along with 'Mother'. Not actually her birth mother though as that's a mystery to Martha who has been lost since she was a baby. From the beginning she comes across as a happy, hardworking, and thoughtful young girl who at times is a little naive perhaps due to not having much of a childhood, what with working in the lost property office with little help from Mother.

The story follows Martha her best friend Elizabeth next door in the coffee shop, a Roman soldier and a mystery man hiding in the tunnels under the station as they aid her in the goal of finding out who she is and who she belongs to, but more importantly documents that prove she is a legitimate person otherwise she may lose everything.

As the story goes along we learn Martha has a special gift relating to the objects she gathers that have been lost by various people, here I find it to be wonderfully fairy tale like. Every item has a back story, some were meant to be lost while others weren't, and Martha can't help but yearn for her own story as to how she became lost...


Tied in with this, a suspected suitcase belonging to The Beatles roadie- Mal Evans. Filled with Beatles memorabilia that's rare and undiscovered, until Max and Australian comes in contact with the suitcase and plans to sell his story to the press in Liverpool. As Martha is good at finding lost things, her story gets tangled up in Max' search for the ashes of the famous roadie- only it doesn't go to plan, and Martha's kindness is misused and taken advantage of.

Within the first couple of chapters I grew to liking Martha an awful lot, she's sweet, caring, funny, and rather daft at times but that only adds to her charming character.

Her friendship with Elizabeth was rather beautiful, the countless times Elizabeth brings round a slice of lemon drizzle cake (yummy!) for Martha to cheer her up, and incidentally it felt like I was part of their girly chats as to who the mystery Roman soldier could be- but not so much the discussion of Kevin Keegan's thighs, give me George Best any day!

We see Martha having to grow up fast throughout this book as she's up against some mature situations remarkably well, perhaps due to her childlike manner and optimism and this is what reflect her being such a likeable character. For her the glass seems half full not empty, and this positivity filled me up whilst reading this book.

I found it interesting to have Mal Evans' own lost story loosely based in the book it was great to read amongst the acknowledgments a brief summary of Evan's life that as a Beatles fan it fitted perfectly with Martha's story.

This is an utterly charming and witty modern fairy tale set in the vibrant city of Liverpool during the swinging sixties where the classic good and bad guys are present.

Along with Caroline's clever way with words that filled me with such emotion throughout the love, lost and mystery this book evokes, I've felt like I've found a friend in Martha Lost as I know for certain that if I ever misplaced something I cherished or even myself, she would help me find it again!

My first book to read in 2016 and it was golden, and so I urge you all to read this book- there's nothing not to love about it and I'll most certainly return to this story in the future. 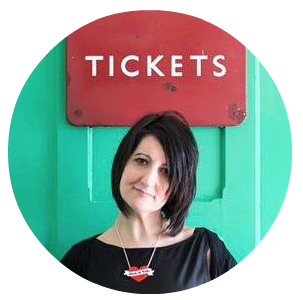 Caroline Wallace worked as a lecturer for several years before turning her head to fiction. She lives in Liverpool with her husband and their many children.
Caroline is also published as Caroline Smailes, well known for giving us 'The Drowning of Arthur Braxton'