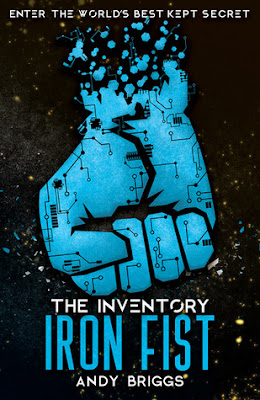 Good morning everyone I hope you're all well and having a great week! Today I am delighted to be part of Scholastic's Iron Fist Blog Tour, and here the author himself Andy Briggs will be introducing us to The Inventory and it's origins. I know you'll find it as exciting as I have- enjoy!

The Origins of The Inventory

Welcome to the Inventory. That's what the sign would read, if the Inventory wasn't so top secret that no signage is to be allowed. It's also the series title for new book The Inventory: Iron Fist, which is more of a trip into my childhood imagination than anything else, so come on in and mind the soggy parts on the floor.

Thinking back I was, like a lot of writers I know, a shy child and took refuge from the real world in books, films and comics. In the back of those exciting Spiderman and Daredevil comics was a bridge to the real world- or rather, the real world as I wanted to perceive it. At the back of these comics you could find scores of adverts for instant muscles, x-ray glasses, invisibility rings and hoverboots. For some inexplicable reason every time I ordered one of these magical gadgets I would receive a piece of plastic junk in the post that never worked. Obviously this was a government conspiracy of the highest levels.

The obvious truth was all of these wondrous gadgets were stored away out of reach of the public, hidden and forgotten in a dark place called the Inventory. So the seeds for the book were sewn.

Over the years I have honed my geek card by reading the latest advances in technology , glued to New Scientist and Weird Magazine in the hope that it would make me look more intellectual than I am (um, it doesn't...). This helped greatly when it came to writing the first draft because I wanted the gadgets, gizmos and devices in the Inventory to have a ring of authenticity, to be things that may once have existed and still possibly could. Well, mostly. And when you look into the history of inventions you realise that some truly marvelous machines have been built, such as the Monowheel: 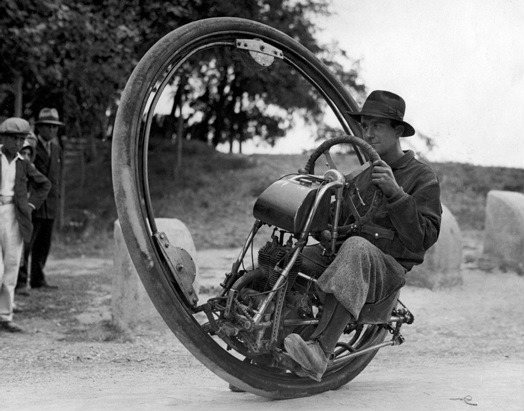 Writing the first draft was a chance to jump into this world and explore, along with the reader, what lurks on the Inventory shelves. Normally I ruthlessly plan my books, knowing where each character is going and what lurks around every corner. With this series I wanted to be surprised. I felt it was important that imagination gave way to rigid plotting, and as a result I think I may have taken a few unexpected twists and turns along the way...

The Rules: if you find a secret inventory of utterly deadly battle tech.

What's more secret than top-secret? The Inventory. Home to the deadliest inventions the world isn't ready for. Invisible camouflage. HoverBoots. Indestructible metals. Plus a giant creature of chaos: war robot Iron Fist. No one has ever broken past the state-of-the-art AI security system. (Seriously, most bad guys have no idea this stuff is even there.)

Problem 1: the security robot wasn't ready for a gang of kids wandering in.

Problem 2: they've ONLY brought the ruthless Shadow Helix gang in behind them. Seriously dumb, but it's a bit late for 'sorry'.

Say hello to trouble: the Iron Fist is in the wrong hands!

Scholastic have given me the opportunity to giveaway ONE PAPERBACK copy of Iron Fist to give to one of you lucky readers!

This giveaway is only open to the UK & Ireland (sorry!)

Simply comment with a gadget you would love to own and fill out this Rafflecopter entry with your email so I can contact you to collect your address to pass on to Scholastic. Additional entries are given to those of you who follow myself and Andy Briggs on Twitter! 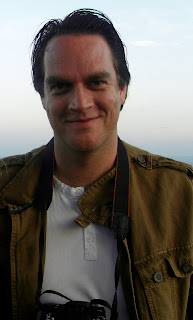 Andy Briggs is a screenwriter, producer and author of the Hero.com, Villain.net and Tarzan series. Andy has worked on film development for Paramount and Warner Bros, as well as working with Marvel Comics legend Stan Lee and producer Robert Evans. With a strong social media following, Andy tours the UK regularly, doing festival, school and library events.

Many thanks to Faye for inviting me on this blog tour and I can't wait to check out all the posts on the tour!